A new film festival will be hitting the theaters starting March 18 until 24.

For their first year, they will feature five full length films by carefully chosen directors, each given a Php 2 million grant. The films will be shown in the following venues: SM Manila, SM Mall of Asia, SM Megamall, SM North EDSA, SM Fairview, SM Southmall, and SM Aura Premier. Meanwhile, the awards night will be held at SM Aura Premier on March 21st.

Check the screening schedule per mall below: 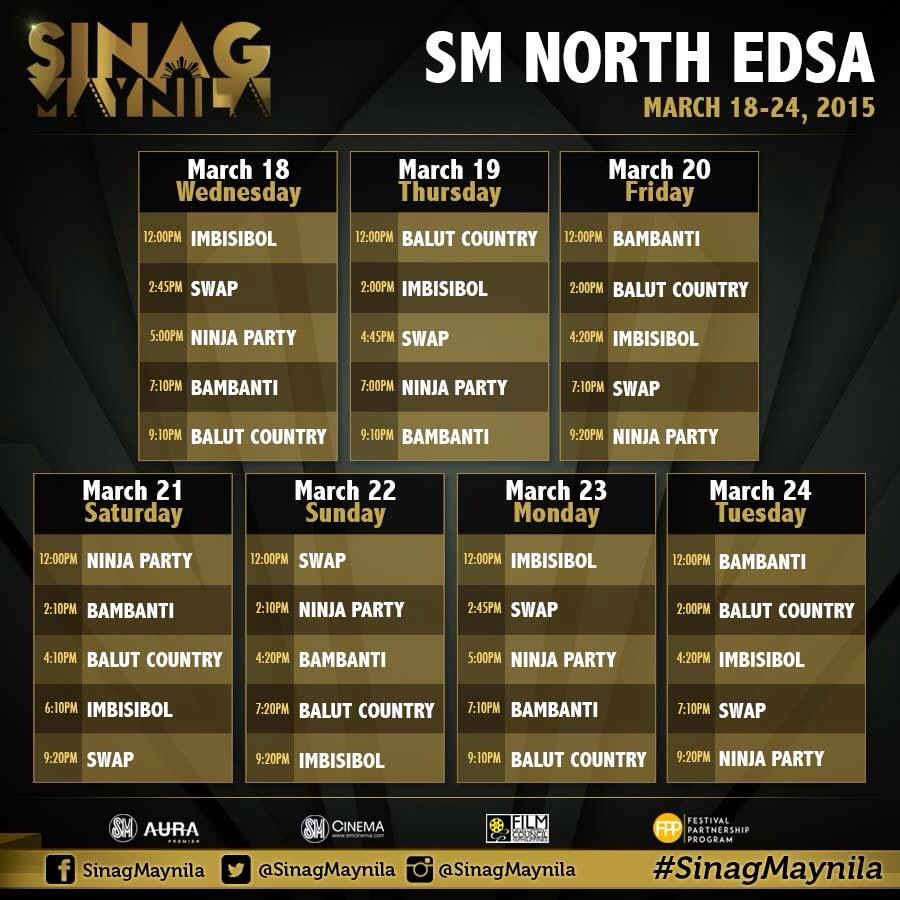 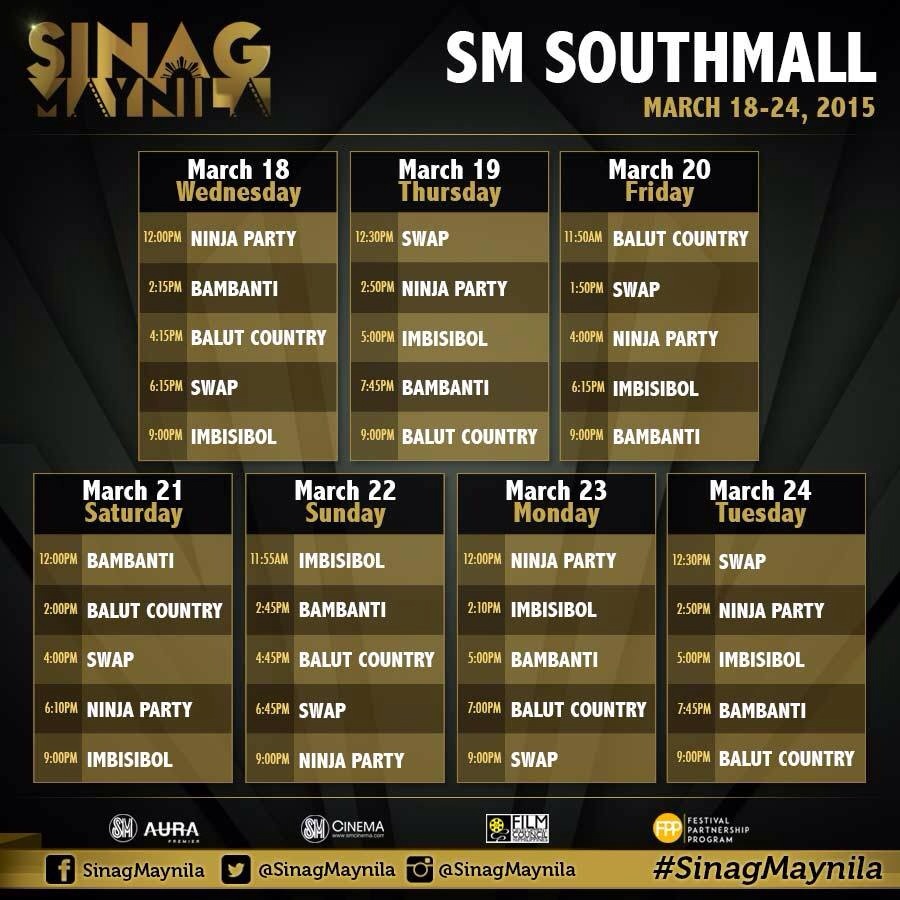 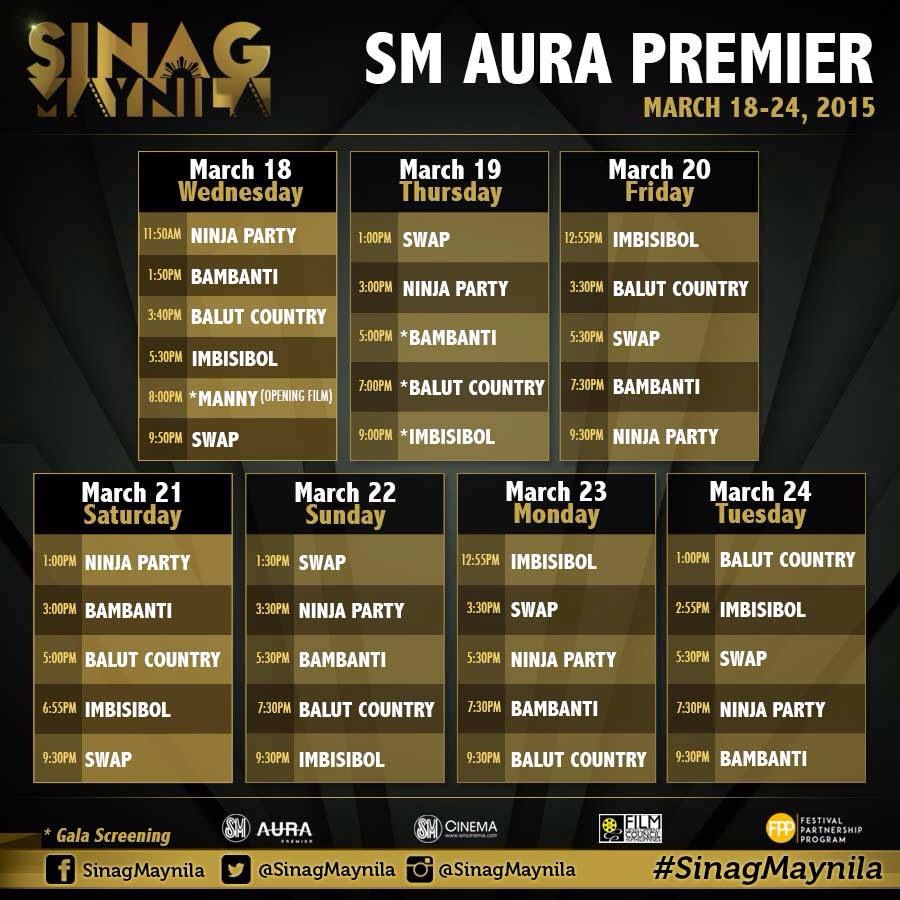