The fifth anniversary presentation of Upstart Productions has just kicked off with a four-week run of Into the Woods at Kasalikasan Garden in BGC, Taguig. This Stephen Sondheim/James Lapine musical directed by Joel Trinidad is performed by a list of notable actors. The show’s cheerful mood is represented by musical director Dingdong Fiel, rhythmically beating the score on a piano located faraway from the stage and amidst the audience at the back. 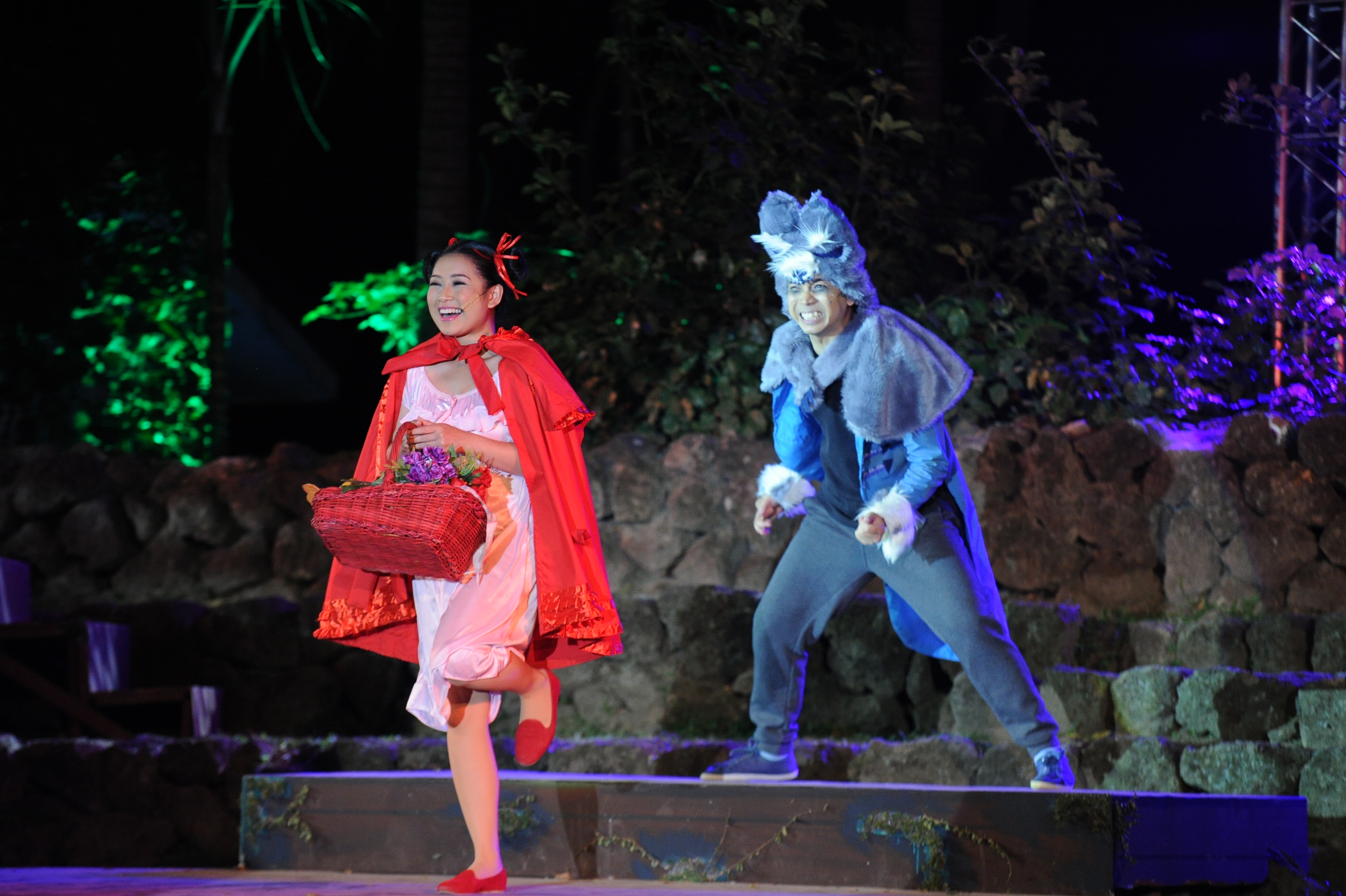 There’s something magical about watching a play underneath the stars, the branches of the trees swaying, and the cold, chilly air caressing you.

With just a makeshift stage that serves as the castle, forest, and the village, the venue was a good choice for a story such as Into the Woods. The team successfully re imagined the locations and maximized the small space, costumes were simple, and blocking of the cast was precise.

The music was all too familiar if you’ve seen the movie. In a way, it helps establish the storyline and draw the differences between the two mediums. I like the theater version better, actually.

The lyrics were all pronounced clearly, set aside some technical hiccups– the play revealed how good the source material is. In addition, the lighting sets the mood effectively though at times it commits delay in shifting focus on another character. Even so, Director Joel succeeds on putting together an engaging and imaginative three hour piece.

The performance of the cast were all undeniable, but standouts include Jillian Ita-as as Little Red Riding Hood who is as youthful, bubbly, and naive as a kid can be and Juliene Mendoza as Prince Charming, the strangest casting ever there is, but it only proves that his comedic timing is impeccable, and surely every exit this guy makes is fun and memorable. 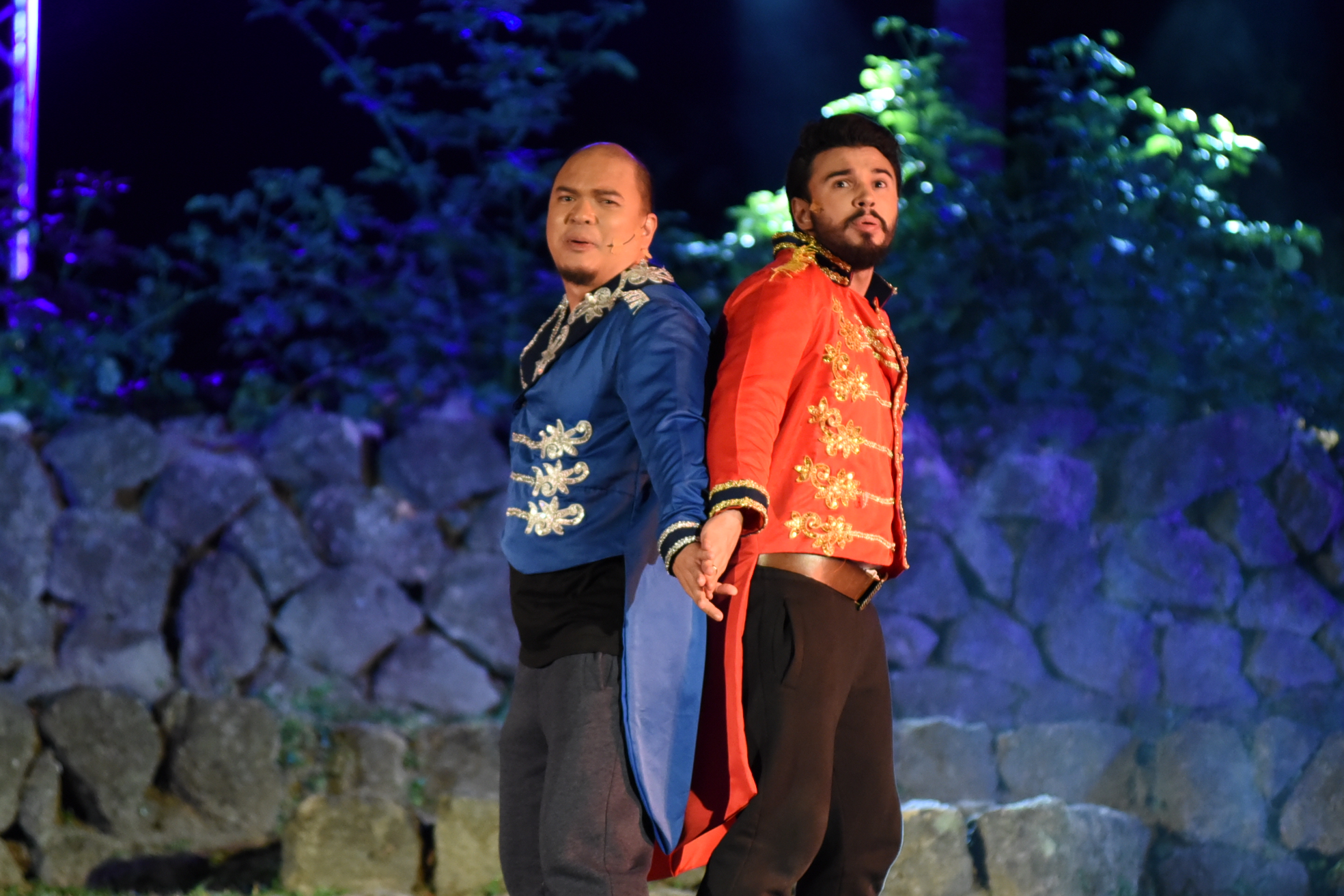 Other highlights of the show include the chest-pumping Agony number of  Juliene Mendoza and George Schulze which actually made me imagine a real waterfall on the backdrop. And the most intriguing scene of all because of how interesting they will show it –the giant scene toward the end– turns out, their portrayal worked out smoothly and satisfyingly. One area of improvement though was Aryanna Epperson (Giant) who gives a lifeless portrayal during the press preview.

Overall, the play was an enjoyable ride from start to finish. Into the Woods has complex themes as it deals with grown up issues thriving in a kid’s make believe world, with violent deaths and sexual innuendos present but with parental guidance, it surely is a commendable watch for kids, too.

Into the Woods will run every weekend from Feb. 21 to Mar. 15 at Kasalikasan Garden, BGC. Tickets available at Ticketworld, call 8919999 or email Upstart Prod. directly at upstartproductionsinc@gmail.com or upstarttickets@gmail.com for more details.

[Related reading: 8 Things To Know About The Filipino-Produced Musical “Into The Woods”]