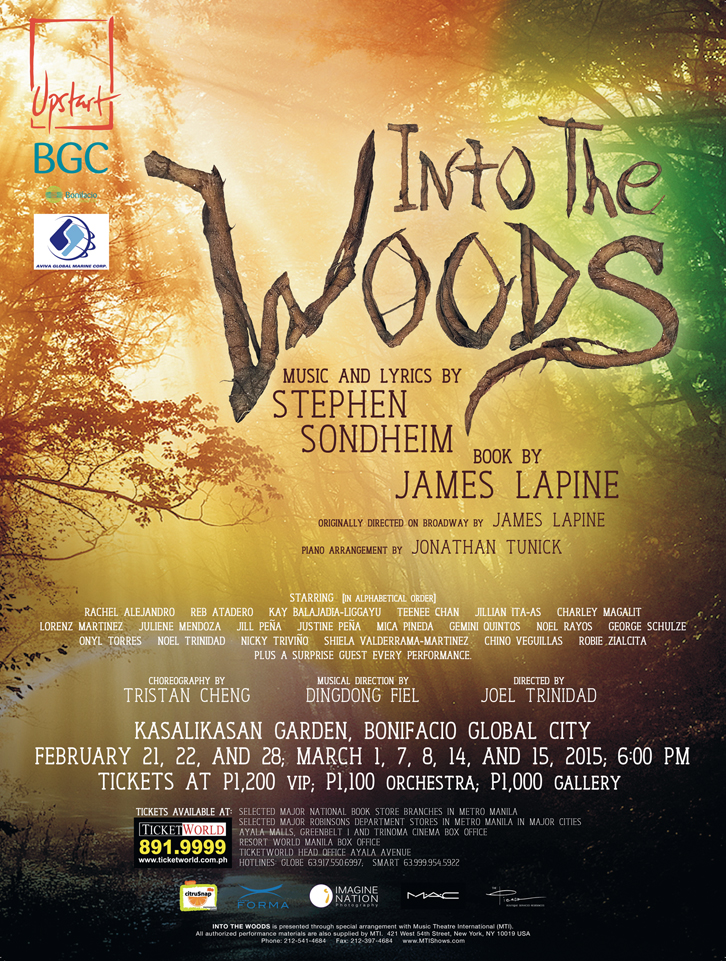 While the Disney film adaptation of the musical currently plays in cinemas, a local chamber version of Into the Woods will soon be hitting Manila – and they’re doing it with a twist!

Classical theater troupe Upstart Productions Inc., will be staging a close to reality interpretation of the musical in Kasalikasan Garden BGC under the helm of Director Joel Trinidad together with a mix of veteran and upcoming theater actors.

Into the Woods tells the stories of Cinderella, Rapunzel, Little Red Riding Hood, and a host of other fairy tale characters that reveals an alternative take on the fate of these well loved characters.

Listed below are some trivia about the local adaptation:

The Team behind the local adaptation during the presscon

Upstart Productions Inc. and AVIVA present Into The Woods. Also brought to you by Picasso Boutique Services Residences and Plana FORMA. Tickets available from Ticketworld, call 8919999  or email Upstart Prod. directly at upstartproductionsinc@gmail.com or upstarttickets@gmail.com for more details.