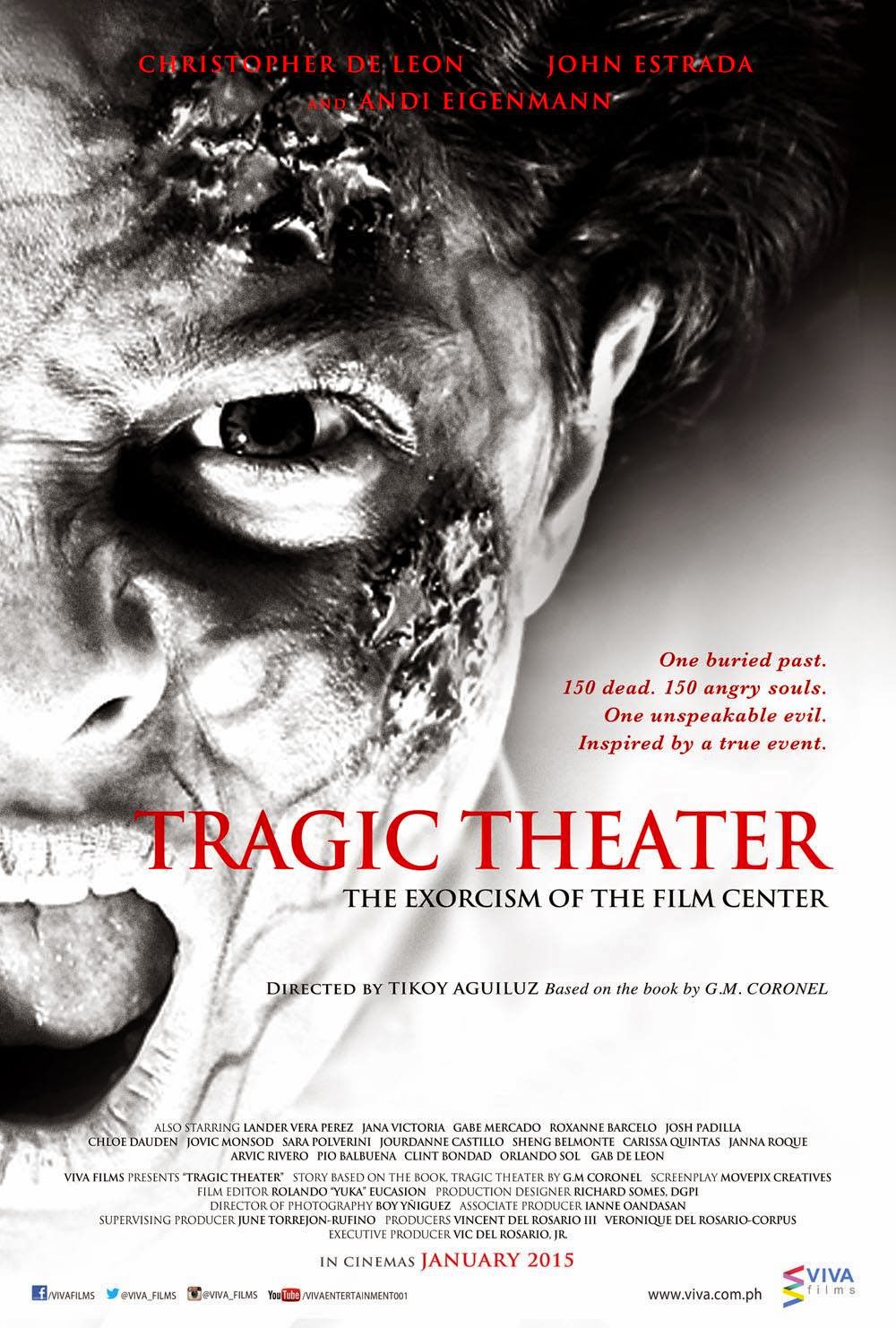 “Too scary” is the reason why the Movie Television Review and Classification Board (MTRCB) banned the trailer of the latest horror flick by director Tikoy Aguiluz entitled Tragic Theater. On Wednesday, December 10, the director shared his dismay on his Facebook account over MTRCB’s decision, saying “akala ko ba horror film ito?” Produced by Viva Films, the film is slated to open on January 2015 starring Andi Eigenmann, Christopher de Leon, and John Estrada. As stated in the MTRCB’s Implementing Rules and Regulations of 2004, a film is deemed not for public consumption (X-rating) if:

And since the Internet is not covered by MTRCB’s rules and regulations, Aguiluz’s camp decided to release the trailer on YouTube instead. Watch the uncut trailer below and you be the judge: The film is the fourth among the list of Aguiluz’s films that received an X-rating. Former works were Boatman, Segurista, and Biyaheng Langit but this is the only film to receive such rating for its trailer alone. Tragic Theater is based on the novel of the same name by G.M. Coronel. Set in 1990, it deals with a group of spirit questors who attempted to exorcise the ghosts of laborers who had been reportedly buried alive during the construction of the Manila Film Center in 1981. The novel has a sequel entitled Tomb Keeper. Here are some snapshots from the trailer: