It was just an ordinary Sunday afternoon. We were walking around SM Annex when we stumbled upon this little gem.

Located in the third floor, just beside the elevator, is a medium-sized Chinese restaurant claiming to have the best siomai — Dimsum Break. The operative word is voted. If that is not convincing enough, then I don’t know what is.

At first I was skeptic because we know how some establishments say that they are number one when all of their competitors are also claiming to be number one. And besides, there’s no hype or buzz or whatsoever regarding the “best shaomai.”So how come something so good can be off the radar?

Maybe it’s just me or maybe it’s the marketing team, either way, putting up that sign on the door was such a tease. People who know me personally knows how much I adore siomai. I eat it maybe twice to thrice a week, on average! (I’m serious. Lol!) You could say that I’m a siomai connoisseur, if there’s such a thing. Nonetheless, siomai discoveries are completely a delight to me. More commonly known as Harbour City Dimsum House, the food chain originated from Cebu wherein several branches were put up before it first arrived in Manila in 2012 at the SM North Edsa Annex. As of today, the one in SM North Edsa and Recto are the only branches in Manila.

Maybe the limited number of branches is the reason why there’s no hype here in Manila yet! They have a self-service counter where you can pick whichever you like. All the steamed dimsum baskets are priced at P65, 3 pieces each.

At this point, I was already thinking that this better be good, since the pricing is a bit high but still affordable. 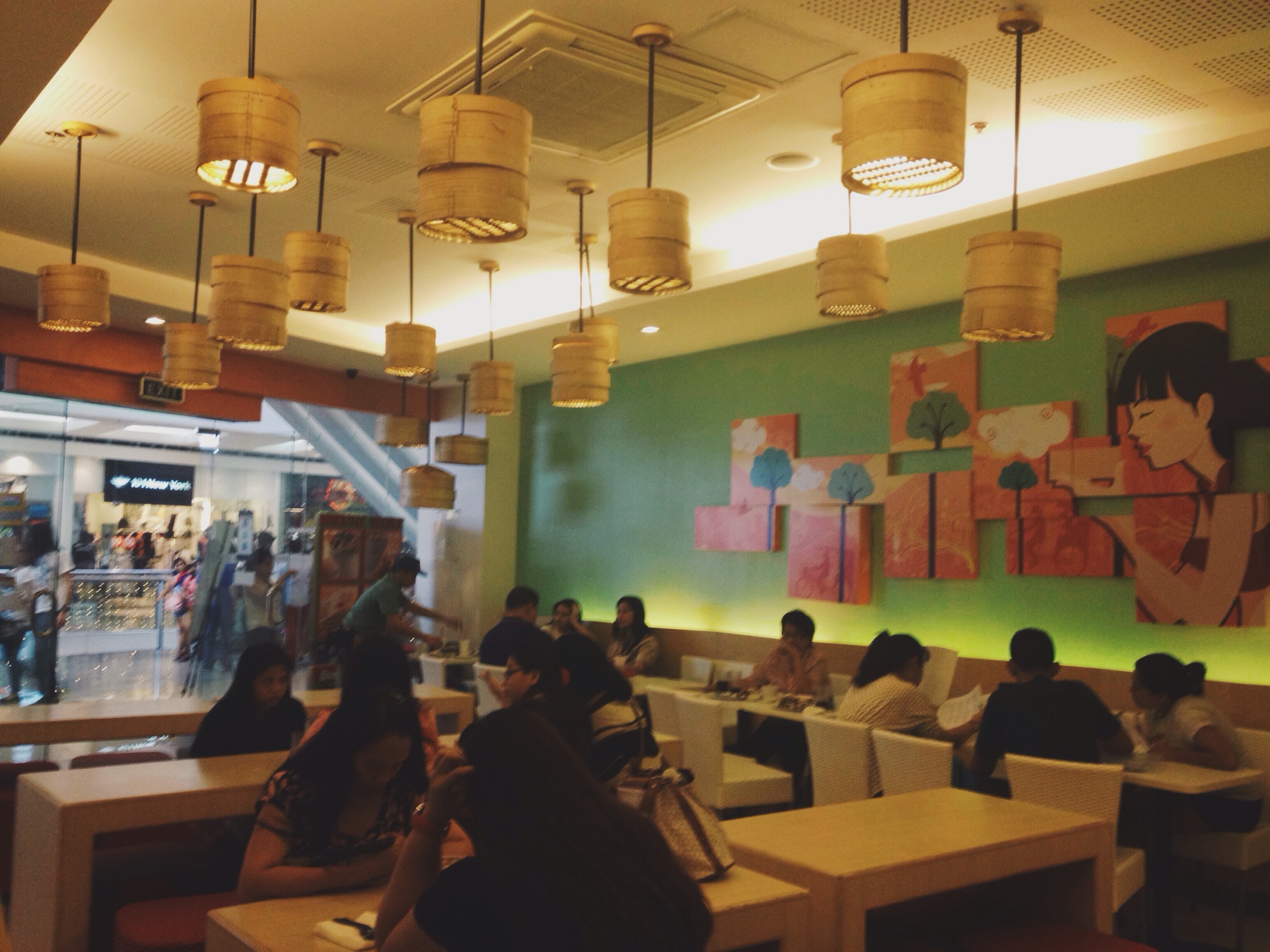 The interiors look like a mixture of oriental and fast food. It is neat and innovative –notice those steam baskets in the ceiling! Now onto the star of this post: siomai, which they offer in various kinds: original, bacon wrapped, quail egg, and spicy siomai (pictured above). This one is at par from the rest. I’m a fan of spicy food so this one seals the deal, no need for chili sauce. It was a bit difficult to slice as the meat was firm. It’s also not fatty, you can really taste the meat and not some extenders. For the price, it is expensive because it’s just three little pieces but it’s surely worth it.

Definitely one of the best siomai in town.