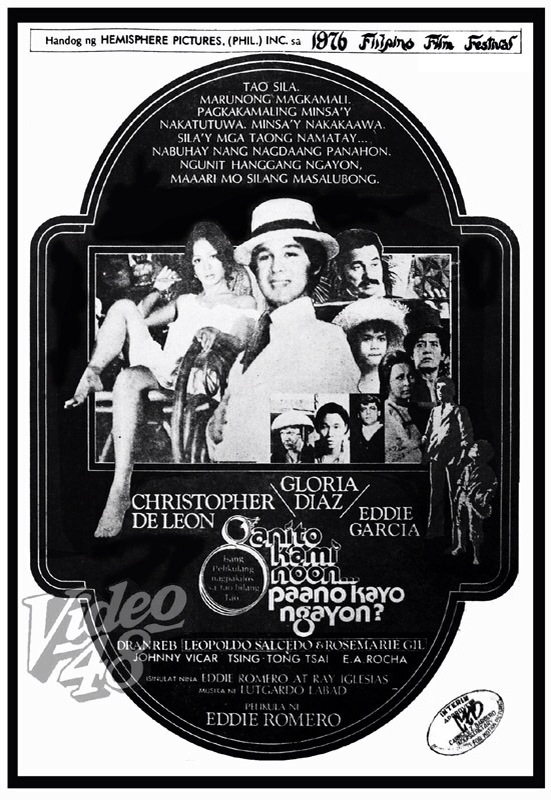 Ganito Kami Noon, Paano Kayo Ngayon depicts the transition of administration, the colonial intrusion, and a lost identity. It is brave to ask a question that hides a discourse under the cloth of humor.

In the beginning, we see the protagonist Kulas Ocampo (Christoper de Leon) as he traverse a river going to Manila. In this journey, Kulas is comparable to the body of water; he flows free. His fluidity to the ways of the world is what makes him both pleasant and frustrating. He moves with simplicity and most times, naivety, even if the world is not often kind to him. In spite of it all, he looks at life with hope and curiosity.

He begins with a question mark, “who is the Filipino?” and ends the story with a declaration, a realization.

The film is light in its approach to inject humor to a Spanish colonization backdrop, with light musical scoring, and an antihero protagonist that you couldn’t help but think if it is serious in what it wants to relay. But as the film progresses, there lies the depth, the root problem of Filipinos at the time.

There is Diding (Gloria Romero) –young, ambitious, flirtatious, and in simpler terms: a social climber. She is the anti-Mara Clara. She follows her dreams ruthlessly and in the process, breaks Kulas’ heart. Then there’s also Don Tibor (Eddie Garcia) a greedy elite, posing as a friend to Kulas but deems him as a competition not just to Diding’s heart, but also in the quest for nationality.

The film is interesting to note the search for identity in an era when nationhood was still a blurry concept. Its call for the striking differences of provincial and city living and the luck and misfortunes of life and love in general. Kulas’ journey is a roller coaster ride –to some extent it felt dragging but it ended with a strong message, nonetheless.

Finally, the film poses a question valid for any generation: with all the activism and heroism that pushed for the nation’s independence and clearer identity back then, is it necessary to do the same at our time today?

Perhaps it is a question that will be best to ponder at every now and then.