Norte gave me a sense of achievement as I was able to withstand a four hour long film but more than that, it exceeded my already high expectations.

The review I made felt insufficient with the amount of feels and ideologies it gave me, I need to share my thoughts on it. So, here’s a list of the things I learned, relearned and observed from the film: 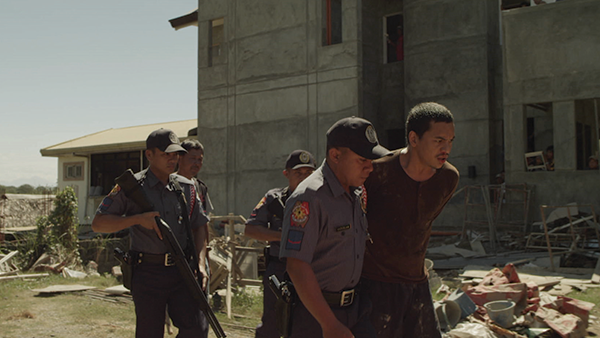 10. Inequality is the rule of the world.
Magda (Mae Paner) is a good mom; she is rich, she lends money, but she is cruel to those in debt to her. Her role in the film is apparent to be the one who’s going to be killed and she somehow deserved it but what’s shocking is the killing of her daughter. She is innocent, Fabian! All she did was steal glances at you. I somehow wished she didn’t saw what happened so that she didn’t die. But no, in Diaz’s fictional world and even in the real world, the innocent should suffer.

Fabian (Sid Lucero) gets away with the crime but someone has to face the raps of justice and unfortunately, it is Joaquin (Archie Alemania) and his entire family. What’s much worse is, they have to deal with it forever. 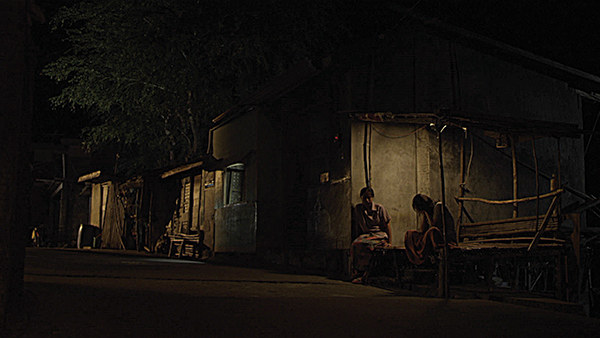 9. You can try to create your destiny but no matter how you try to avoid it, you will still have a taste of it.

If you think you’re already at your worst, think again because it could still get even worse. Fate is like that, when you’re up, you’re there in the clouds and when you’re down, you’re in deep sh*t. It doesn’t matter if you’re young or old, rich or poor, fate doesn’t favor anyone.

Joaquin wanted to work abroad to have a better life but his wife Eliza (Angeli Bayani) stopped him, thinking that their kids will have better lives when them parents are around. The result is they live and struggle together. When Joaquin faces prison time and Eliza dies in an accident, the kids are left alone under their Ading’s (Hazel Orencio) supervision –the exact scenario that their parents wished they wouldn’t have to deal with.

8. Words of wisdom
Norte is full of quotable quotes that left my jaw open. Some are plummeted from the depths of Marianas trench while some are careful but well-thought observations. Nonetheless they made an impact. There’s so many but here’s a few:

In the film, Gina (Sheenly Gener) asks why Fabian and his ex broke up. He says the girl is tired from all the mind fuck he gives her. Gina says “hindi ka lang naman puro mind fuck, ang galing mo nga eh,” with a smirk to end the sentence.

When the truth came out, punches were thrown and friendship was tainted. But it was later on resolved with a toast of all the four of them cheering for freedom from girls as they all no longer have a plus one anymore. Are boys really like this? LOL because if this happened to girls, it would probably take years before a reunion. 6. There is a thin line between being hopeful and hopeless.

This is probably one of the most haunting scenes of the film. Eliza’s attempt to end their suffering is an act of love on the brink of madness and despair. Later on we see her pulling her kids away from the cliff, and pouring out her love to them in ways that we didn’t see much earlier in the film.

Eliza shows us that it takes courage to live. It’s not an easy path to choose but she sticked with it.

5. The road to hell is paved with good intentions.

Fabian made the world a living hell with his postmodernism, zero society, and countering the “all talk, no action” mantra. The scene above where he walks down the road with flames all over and two heavy bags on his hands signifies his bearing of a guilty conscience to hell.

Another scene where Joaquin’s family is to be seen watching from afar a burning on the field is a representation of the innocent Joaquin as a casualty burning in hell (the prison) for a crime he didn’t commit. Eternal damnation right here on Earth served cold by the guilty and crazy Fabian. Like what he said early on, to propose a revolution, one must be ready to kill. And it’s indeed a scary thought, isn’t it? 4. If you can’t pay for your crimes, your conscience will do it for you.

Fabian undergoes these two scenarios, at first giving an envelope full of money to Eliza and asking his friends to reopen Joaquin’s case to somehow ease the burden. Later on we see him submitting entirely to his evil ways, losing a grip of his humanity and becoming borderline insane. This man is so strong –physically, mentally, and even spiritually –his actions are beyond logic. His resistance to believing in God is consistent as well. There’s just no way that you could, would, and can help this man. 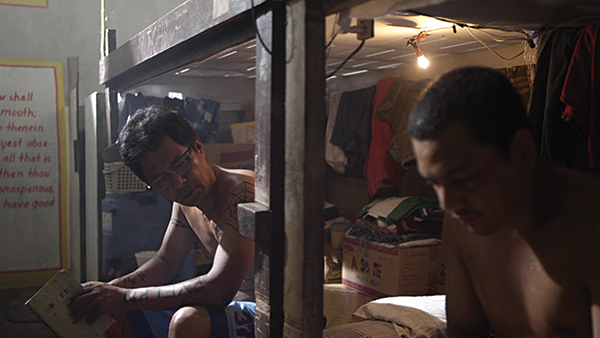 3. There are no small roles.
What impressed me with the film is that I’m into the supporting characters inasmuch as I am hooked with the main characters.

Hoda (Mailes Kanapi), the striving to godliness sister of Fabian. Her name reminds me of the phrase “que se hoda” or “que se joda” which means screw her or fuck her, in Spanish. I’m not sure if this was an intentional foreshadowing of Mailes Kanapi’s character but the correlation is apparent.

Salvador (Noel Sto. Domingo), Joaquin’s first friend inside the jail, is indifferent in his delivery of wise words. He reminds me of Tatang in On The Job. I think this was intended as the writer for these two films is the same (Michiko Yamamoto). Salvador is one of the characters who still holds his voice of reason but has opted to be eaten by the dirt of living in the prison.

Wakwak (Soliman Cruz), the bully inmate who dare punishes anyone who looks at him. His rendition of “O Holy Night” gave me goosebumps, too much evil and terror in his voice.

Magda (Mae Paner) is easy to hate. Her oppression of the poor is really nerve wracking, she seems to have no heart, no space for pity at all.

Ading (Hazel Orencio)’s most remarkable scene for me is the one that involves the pig, where she tells the kid about its fate. She delivered with much intensity and bravado, one couldn’t help but read between the lines.

Worthy of mention are Fabian’s friends and professors, too as they were the source of laughter in the film. Remember the line “Tang*na Fabian, ‘pag ikaw naging presidente mamumundok ako!” That scene is golden haha!

Really, everyone in it is just amazing. 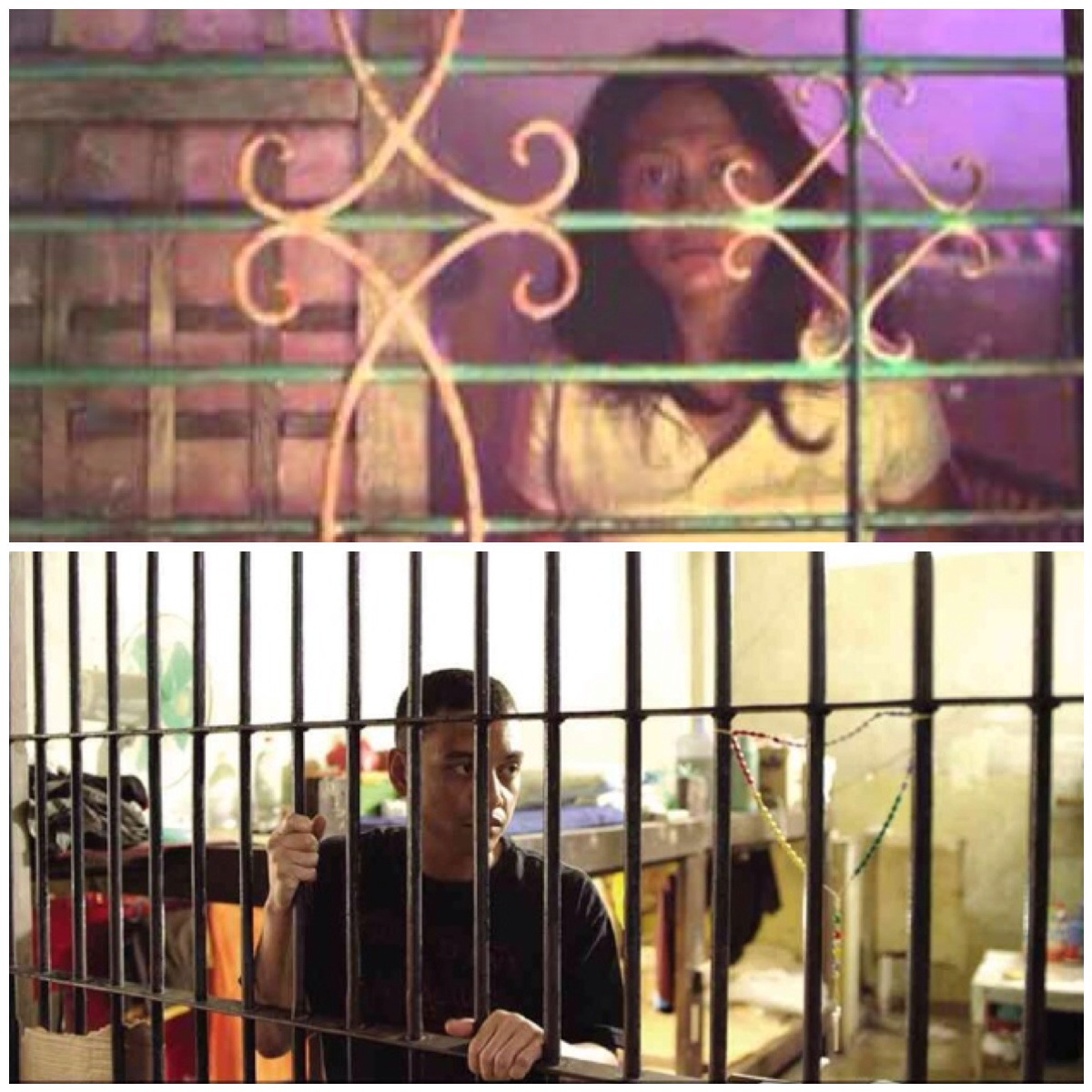 2. Every second, every frame, every sound, every light — everything matters in a Lav Diaz film.

Fabian tells us in the beginning that truth is dead and so is meaning. What’s horrifying about his statement is that, it justifies his acts and it resonates in the whole run of the film, you can already hear it breathing.

Every conversation, even the initial highfalutin discourse at the coffee shop with Fabian and his professors, is relevant. The lighting that is related to Fabian’s consciousness, Joaquin’s simple toothache, the shot of the highway side by side with the slow paced rural living, they all merit meaning. Just proves you don’t need to tell much in order to communicate. The finer prints are in the small details. Fabian grew up with no parents and the same can be seen with the future of Joaquin and Eliza’s kids. Norte shows us the past and how it affects us whether we are aware of it or not; the consequences it will bring to the person affected and to the people surrounding him. It’s a constant cycle, a part you can never take away from history because at the end of it, you are a part of it. You are history.

Have something to share? Leave it in the comments!