The European Union in partnership with the EU Cultural Institutes, presents the launch of Cine Europa 2014 which will run from September 11 to 21 at the Shang Cineplex, Shangri-La Plaza Mall, Mandaluyong City.

Listed below is the lineup of the screenings on Cinema 2: 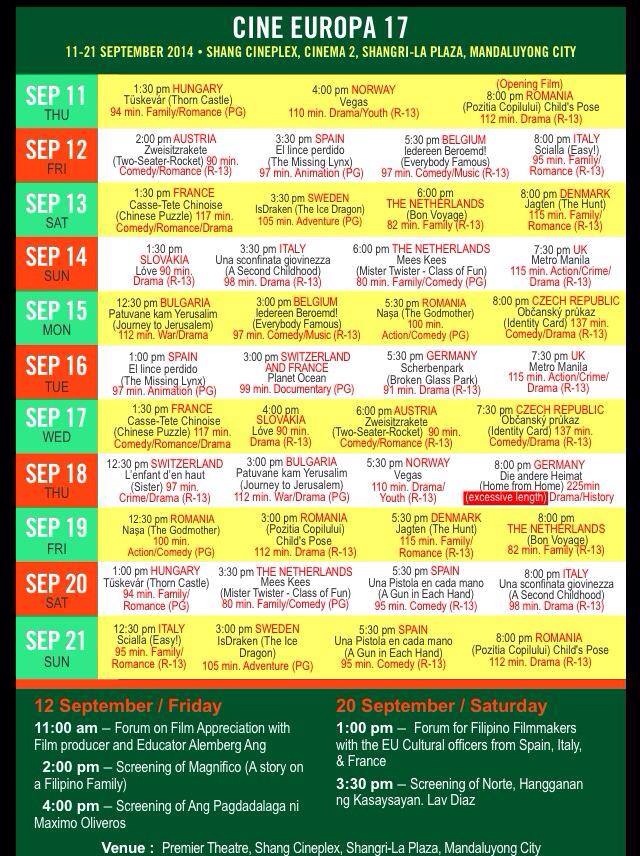 In line with the film appreciation and film making forum, the following will also have their respective special screenings at the Premiere Theater:

After its launch screenings at Shang Cineplex, Cine Europa 2014 will proceed to the following venues:

Cine Europa at the Shang is free admission on a first-come, first-served basis.