Still celebrating a decade worth of connecting dimensions, this year’s Cinemalaya festival coverage involves an impressive set of New Breeds so to proceed, here’s Part 2 which covers three more: 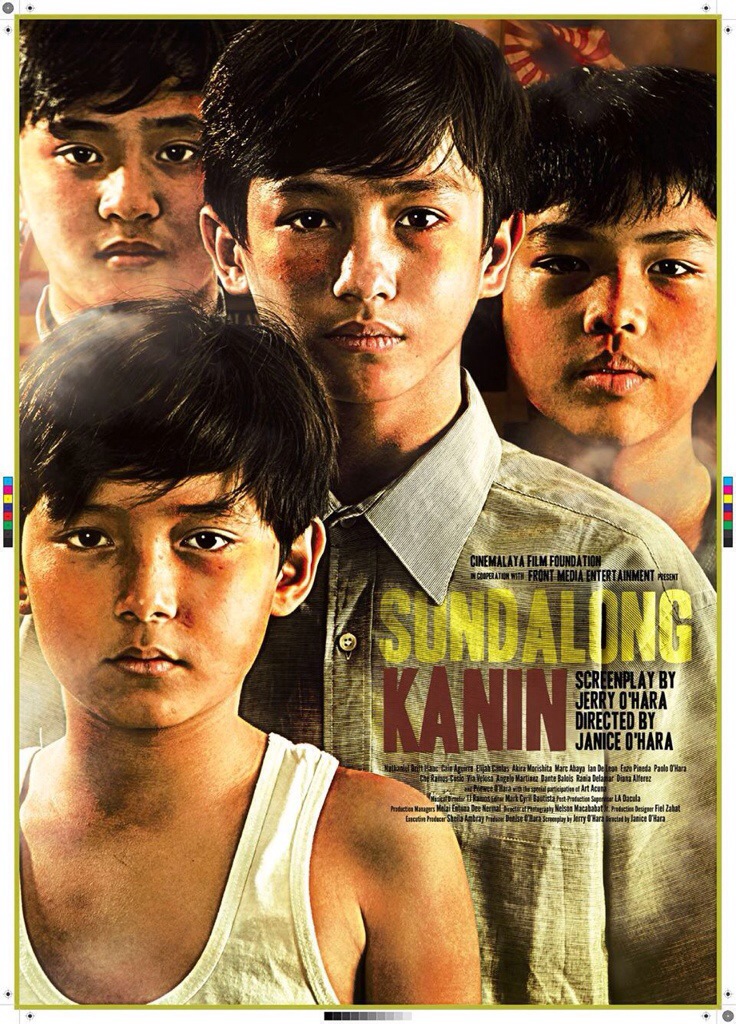 Sundalong Kanin by director Janice O’hara is a coming of age piece set in the Philippines during the Japanese siege. Lead by four nameless children, the film has many layers that will evoke pain, joy, suffering, and constant feeling of life turning its back on you. It is a validation, or rather a representation, of stories you only hear through your grandparents or your history teachers. Sundalong Kanin is about the dark years of the country; of how power can be equated to greed; how bravery becomes stubbornness; and how a strong bond of friendship can be built and burned around it.

The sepia tone of the film, the neighborhood, the costume design, the houses, and even the vintage cars, they all piece together as a means to bring you back to the ’40s. What’s refreshing about it was the perspective as it focused on the young children.

Acting-wise, the four boys can compete for the Best Actor award as they were never a sore to watch. Same with Marc Abaya as Mang Tonyo whose character arc was a breakthrough. Also kudos to the impressive depiction of Art Acuña as the Japanese chief commander with a heart. He was able to cast fear and demand respect to his subordinates by mere usage of his voice while his stares speak a well of emotions that words are no longer necessary. Acuña’s Japanese accent is a major plus too since it felt like he was speaking it since birth.

While it is not a perfect film with a few acting and technical issues plus a guerrilla commander speaking funny English, all these are just minor hiccups, forgivable if you’ll look at it on a bigger scale.

Furthermore, the film breeds a serious tone but manages to find lightness in its darkest scenes. After watching it, you will end up devastated and wonder why war, the most selfish and unnecessary concept of mankind, even exists.

“Some things you love and they’re yours forever. It’s not about letting go or moving on because they never really leave. They leave a void and you carry that void with you, always. It’s a matter of growing up;  you just become a bigger person until that void doesn’t feel as big.”

Dagitab is a film about the flickering and fading sparks of life: a lost love, a new found love, the eccentric individual ideologies. It’s filled with the revitalizing feeling of love and its inevitable nature of being found, of being lost, and how long it can last.

Directed by Giancarlo Abrahan, the film is an intricate and poetic dissection of a functional dysfunctional relationship that is one of the best character focused films in this year’s festival. It left me speechless seeing what the characters go through and how they worked around their instabilities. It’s honest, subtle, and it only gets better the longer I think about it.

The strength of the film lies in the volume of things it want to tell you, but it doesn’t. Many scenes are like visions of poetry laid out in front of you and when the characters speak, they are music to my ears. I can list down my favorite scenes from the film but I would probably list everything so I will only cite three: the “dropped out of life” conversation in the car, the constant crashing of waves into the shore while Gab and Issey are lying in the sand; and the voiceover during the workout scene of Jimmy and Issey.

Another strength were the actors, especially the two leads: Eula Valdes and Nonie Buencamino portraying Issey and Jimmey, two UP professors whose marriage is on the brink of falling. Also worth noting was Martin del Rosario whose teenage angst and confusion can be seen through his eyes and Sandino Martin as the boy who lived and contained his heartaches in silence.

The visuals and soundtrack also add up to the sensory experience of the film. The University of the Philippines is the general location of the film and it captures the campus beautifully. And it’s been so long since I last heard Champ Lui-Pio sing and his rendition of the melodramatic ‘Sparks’ with lyrics as “my baby’s been crying, all because of me,” almost sent me to tears.

Overall, Dagitab is a film that could only get better when watched more often. It is like the book The Little Prince whose meaning change whenever I read it. Dagitab stands as a reminder that in love, sparks can die or it can reignite. At the end of the day, it is still a person’s willingness to accept and move past the shortcomings that matters the most. 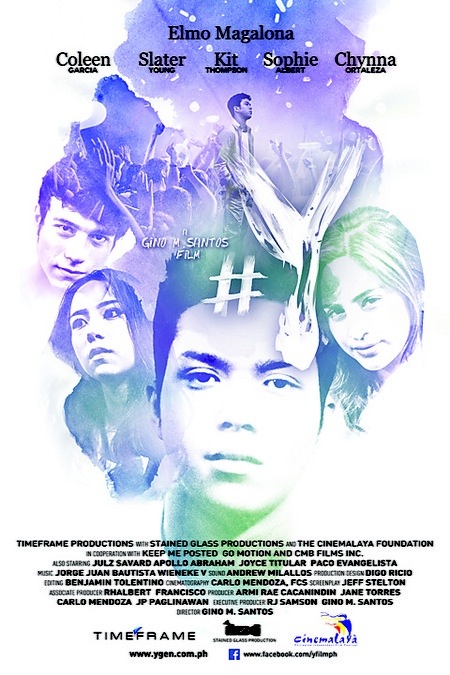 “Being happy and having no right to be unhappy are two completely different things.”

The film directed by Gino Santos (‘Island Dreams‘) is more than what it sells –the sex, drugs, and tales of the wasted youth– it’s more specifically about a twenty something diagnosed with clinical depression and borderline schizophrenia and how he’s dealing with the life ahead of him. It has a style of storytelling that steers away from giving sympathy to its lead characters but that won’t keep you from caring. The cinematography, the musical scoring, the energetic vibe it gives off– they fall nothing short of Santos’ trademark that would really engage the audience. But the plot is nothing new to me since it’s reminiscent of Joselito Altarejos’ ‘Unfriend‘ with its commentary on the generation today and a micro view of the emotionally unstable youth. What’s impressive with #Y was the execution and casting. Everything just felt natural and well directed. Elmo Magalona really stood out from this film. His acting improved a lot, far from what I’ve seen on his stint at ‘Just One Summer’. It just proves how the right material can bring out the best in you. Coleen Garcia, Kit Thompson, and Sophia Albert provided their own individual characters impressively portraying a no nonsense liberated woman, a drug addict sex maniac douche, and an insecure virgin, respectively. Meanwhile Slater Young is mysterious and annoyingly adorable as Mark and Chynna Ortaleza is at her best portraying a brief yet necessary role as Abby, the girl whom Miles talks to in the suicide hotline.

It also seem to be heavily inspired by Catcher in the Rye, which was cited in one of the scenes. Elmo’s Miles is the closest Holden Caulfield we could get in the local cinema: his crazy line of thought, his allergy to phonies, his fondness for a girl.  The religion scene with Jana (Coleen Garcia) is also reminiscent of Caulfield. I like the reference so much, to tell you the truth.

Moreover, #Y is a mirror of the current millennial. It is a reminder that some things are just beyond our understanding and even if we care, we could only help so much. After all, to be understood and to be misunderstood is not so much.