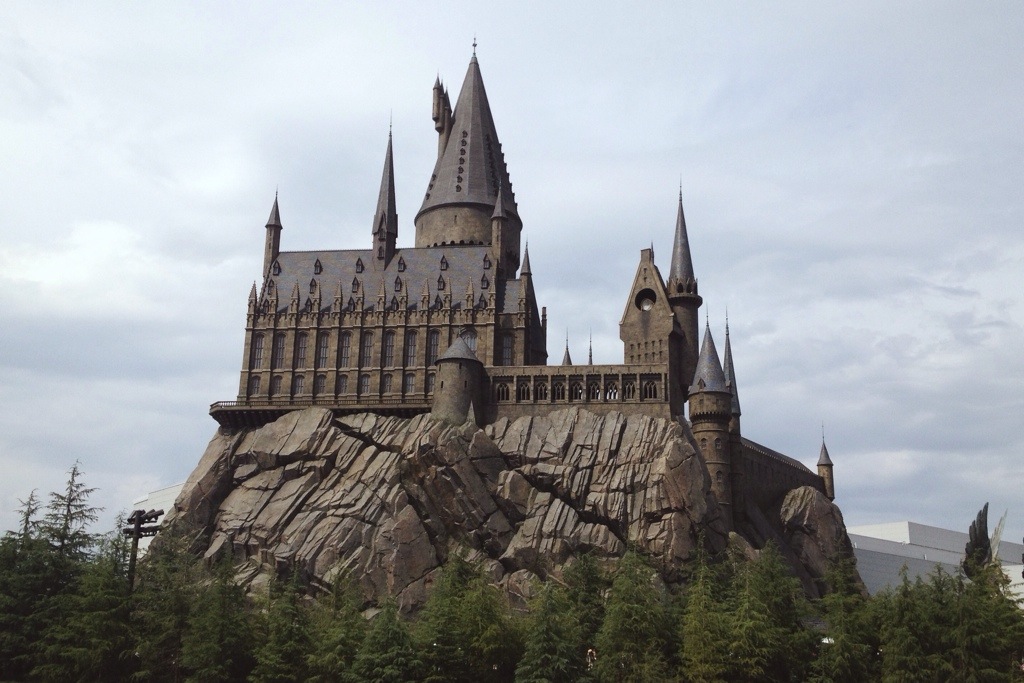 I’m really lucky because our trip to Japan coincides with the opening of the Wizarding World of Harry Potter in Universal Studios Japan (USJ). I’m like YEY!! FINALLY! I will be able to go to Hogwarts, no need to go to the United States!

It is also due to this reason that I pushed through with an Osaka exit (we entered via Tokyo) for our trip.

Coming second to Tokyo Disneyland as the most visited theme park in Japan, USJ officials say that they expect an increase of 2 million tourists per year with this new attraction. That’s huge and it could be expected that most Asians will flock the park since this is the first branch of HP world outside USA.

We arrived four days after its opening day. While there, we noticed that visitors seem to prioritize HP before other Universal Studios attractions. HP has a 1.5 – 2 hours waiting time while others have an average of 20-30 minutes.

What its Florida counterpart lacks are two features exclusive to Japan only: actual live owls and the Hogwarts’ Black Lake which shows the castle’s reflection.

Prior to entering the HP world, the staff required us to go to a ticketing office to get a standby ticket with time schedule.

And check your number here before entering HP World

Staff says that we should wait for our numbers to be flashed in the bulletin board in front Mel’s Diner as it will dictate our fate upon entrance to HP World. The ticket also says it does not guarantee entrance so we were nervous by this time. What if our numbers won’t get picked? The volume of people is massive. We waited patiently (actually went to other attractions first while waiting) and luckily it paid off.

The ceiling is bewitched. I read about it in Hogwarts, A History

Moving on, our first stop was the castle. The path leading to the Forbidden Journey ride was a journey in itself as the tour leads to halls with talking photos, Sorting Hat, Dumbledore’s office, Gryffindor common room, the Room of Requirement and thousands of floating candles. One of the highlights is the Defence Against the Dark Arts classroom which has Harry, Ron, and Hermione in it. The pals speak in Japanese though, so good luck if you don’t understand or speak Nihongo (FYI: we don’t.). Despite this, the park will still fill you with visual surprises!

Afterwards the forbidden ride, we tried the Butterbeer. There were two Butterbeer carts: one in the entrance and one near the Hippogriff ride. You have two options for the drink: cold and frozen. It’s a non-dairy and non-alcoholic drink which you may opt to buy in a regular cup (500 yen) or in a souvenir mug (1000 yen). It tastes like a butter ball candy turned into a cream soda with foam on top. I have a sweet tooth but this one’s sweetness level is above my standard.

The HP world is perfect, if only not for the language barrier. I wish they’d provide tourists with English audio guide to help cope with the interactions, especially since they expect a boost in tourist number.

Flight of the Hippogriff ride

Staff dressed as a Hogwarts student

People fill every corner and space of the HP world

my mustache and my butterbeer

Located in Osaka, USJ is surprisingly easy to access via train: 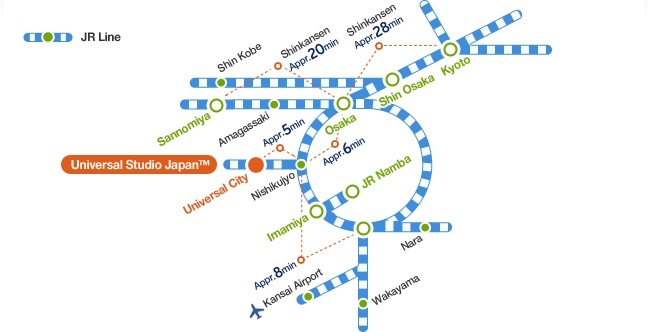