During the planning of our trip to Callao Cave, my friends and I were wondering on what is the proper pronunciation for the cave. Kal-yaw or Kal-law? And luckily, we found enlightenment upon our arrival there.

Having an experience conquering Sumaguing and Lumiang caves in Sagada, I came prepared for Callao Cave but it turns out that it wasn’t as hard as I expected. Even kids can finish touring the whole cave! Consisted of seven chambers, Callao Cave is 30 minutes away from the central Tuguegarao and can be reached via boat or tricycle. My friends and I opted to rent a tricycle back and forth. We haggled and settled for a price of Php 500. The price is not bad since the road seemed really far, the tricycle driver even needed to gas up twice while we’re on board. When we arrived at the place, we went straight ahead to the welcome banner of Callao Cave to take some pictures. And this is where we met Jeric.

Before going inside, we had to pay minimal entrance fees for the maintenance of this natural heritage:

There were a total of 184 steps going up. Along the way, you will feel a slight disruption of gravity. This is because some of the steps in the staircase are deformed but worry not for it is still safe; you can handle the bars on the side if it bothers you. After a short 15 minute hike, the cave welcomed us with a big white limestone entrance, signifying its first chamber. Best time to go to Callao Cave is during lunch time where the sun is at its high, so you could see the magical wonders of natural lighting peeking through the cave. We were lucky that the weather was fine when we visited. 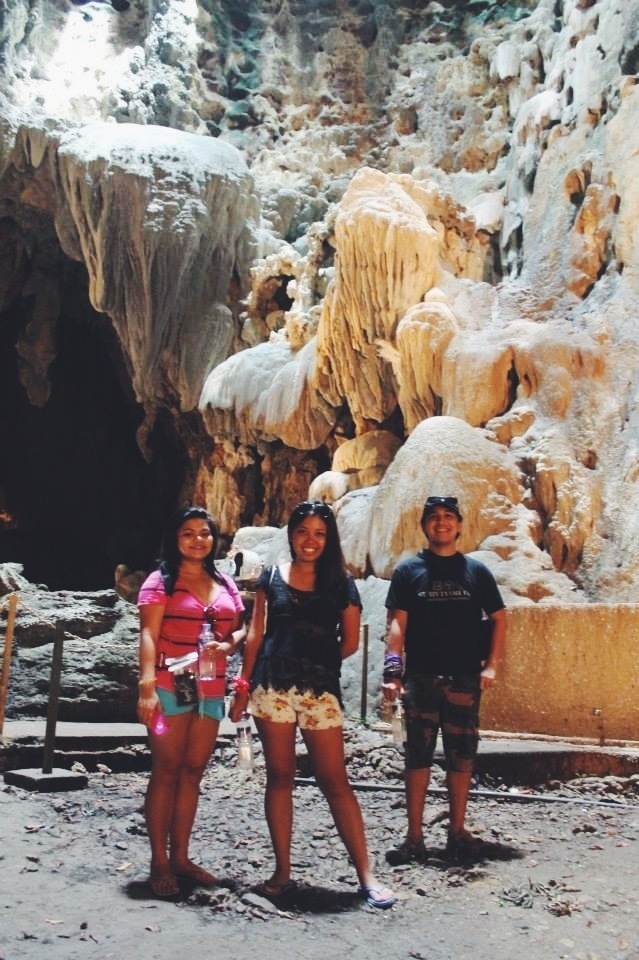 Also known as the Aviary chamber because of the birds flocking the place –this is where bones of early man, even older than the Tabon Cave man, were found. The metatarsals found was said to be aged 52,000 to 67,000 years Before Present (B.P.) time. That time period came even Before Christ (B.C.). (WOW!)

This chamber is popularly photographed among tourists and cave-goers alike.This chamber houses a small chapel where mass are held on special occasions. It is also the venue of a scene in the local movie The Mistress featuring the lead stars John Lloyd Cruz and Bea Alonzo. The chamber has an empty gap on top of the cave, which is the only source of light during daytime. And we’re lucky to witness the sun rays inside, giving a majestic view of the cave.

Dubbed as the dark room because unlike the first two chambers, this does not have any openings above for light to pass through. What’s spelunking without any stalagmites and stalactites? This chamber features just that, so be ready to say cheese on minimal light conditions. Be careful too as the steps may be slippery. Sightings of plants are present on this chamber. Also, on top of the hill is where a small grotto resides. I did not bother to take a photo of it because it feels creepy as the face of Virgin Mary is already destroyed, you can see an opening. It’s a scary sight to behold. Probably the largest chamber among the seven. Be prepared to walk on a downward slope as the clay soil is slippery on this part. This is also the chamber where the lion rock we tagged as Simba of Lion King, resides. And now for the last part of the tour, you will see a dark, solid ground with cracked soil due to lack of water. It’s a dead end here so you have to go back to the entrance to cap your spelunking activity.

Being a tour guide is one of the source of income of the townsmen of Peñablanca, especially the young ones. So when you visit there, make sure to give a generous tip as you will come home with an experience and knowledge you wouldn’t get anywhere else. You may also opt to contact our tour guide, Jeric Apattad at 09067072824.

TRIVIA: Actors on set of the 2012 film, The Mistress, in Callao Cave. 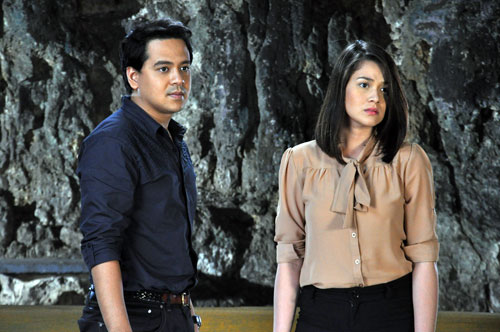